New Year’s is the Deadliest Time of Year for Pedestrians

According to a report issued by the journal Injury Prevention, more pedestrians are killed on New Year’s Day than any other day of the year. 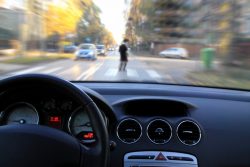 As New Year’s Eve approaches, we anticipate festivities and fun with friends and family. However, there is another side to this holiday that may seriously threaten our safety. Unbeknownst to many, New Year’s Eve has been cited as the single most fatal day for pedestrians in the United States, caused primarily by the intersecting phenomena of people driving and walking under the influence of alcohol.

According to a report issued by the journal Injury Prevention, more pedestrians are killed on New Year’s Day than any other day of the year. Specifically, 410 pedestrian fatalities occurred on this day alone between 1986 and 2002. What’s more, alcohol involvement in pedestrian accidents is astounding for the driver and/or the pedestrian. According to data from the National Highway Traffic Safety Administration, in 2013, alcohol was involved in 49 percent of all fatal pedestrian accidents.

Considering the prevalence of alcohol consumption and the sheer number of people walking and driving on the roads during New Year’s, it is not surprising that this day can be dangerous for pedestrian and car accidents. The National Highway Traffic Safety Administration has issued a series of safety precautions for those walking and driving during New Year’s, which are included in the chart below: 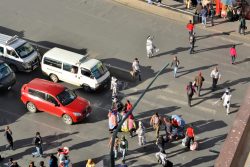 Obviously, the most significant precaution that you can take on New Year’s Eve and New Year’s Day is to avoid alcohol and drugs when walking or driving. Unfortunately, the behavior of others is simply out of your control. If you are injured due to another driver’s negligence, you can hold them accountable through a personal injury lawsuit.

At Kamensky Cohen & Riechelson, our seasoned personal injury attorneys have served on behalf of victims in Pennsylvania for over 40 years, working to ensure that they receive the compensation they deserve. To speak with a legal team member free of charge, contact our Bucks County offices at (215) 337-4915.