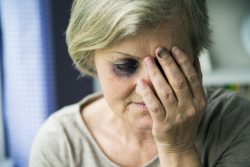 The passing of beloved public figure Stan Lee saddened many of his fans. Even sadder were the allegations that Stan Lee had suffered abuse at the hands of his manager late in his life. Though usually not as high profile, elder abuse has many forms and includes several types of mistreatment and violence inflicted on individuals who are over the age of 60, usually by a caregiver or someone in a position of trust. However, the true scope of elder abuse in the United States still remains unknown, since many incidents go unreported.

At Kamensky Cohen & Riechelson our attorneys permanently stay in contact with families whose aging relatives have suffered from elder abuse, neglect, and exploitation. Sometimes even perpetrated by their spouses, children, friends, and family, or by professionals at nursing homes or working for home healthcare suppliers. For a free comprehensive consultation, contact the Bensalem law offices of Kamensky Cohen & Riechelson today by calling (215) 337-4915 or through our website.

Elder abuse can occur in a variety of situations, including during in-home care, at a nursing home or when an elder lives with a relative. While the physical effects of abuse might be visible, emotional effects may be less obvious. Victims often become fearful, anxious and cautious of other people.

Sadly, the signs of abuse of the elderly might go undetected by health professionals because they lack the training necessary to detect this form of abuse. In addition, there is often reluctance on the part of the elderly to report their own abuse because they fear retribution or they lack the physical or cognitive ability to file a report.  Furthermore, studies show that the abuser is often a family member which may cause the elderly victim to not want to report the crime.

Research suggests that only about one of every 14 incidents of elder abuse (including self-neglect) in domestic settings is actually reported to authorities. Furthermore, only one out of every 25 cases of financial exploitation is reported.

Though there are much higher investigation rates in states, like Pennsylvania, that require mandatory reporting by doctors, nurses and other health professionals the number of incidents that are actually reported are staggering. A report by the American Journal of Public Health in 2003 placed the total number of actual cases at an estimated 472,000 per year nationwide.

While the precise number of how many elderly people are being abused has remained elusive, it appears that elderly women are abused at a higher frequency than men. People who are above the age of 80 have a greater chance of being abused compared to people ages 65-79.

However, recent data from Adult Protective Services across the country seems to indicate that there is a growing trend toward greater reporting of elder abuse. Reporting is the first critical step toward ending the abuse of the elderly. If you believe that an elderly person is being abused it is essential to report the incidents to the proper authorities as soon as possible. Failing to do so can have grave consequences for the quality of life of the person who may be quietly suffering at the hands of their abuser.

Elder abuse is a serious matter in New Jersey. It may occur in a nursing home, at home, amongst other locations of care, including hospitals. If you or a loved one, unfortunately, had experienced elder abuse of any kind, you have rights that we can validate and claim for you.

To learn more about your rights and options, call Kamensky Cohen & Riechelson at our office serving Bensalem, Bristol, Buckingham and Philadelphia are at (215) 337-4915 or check our website to fill an online form.