Texting While Driving a Serious Problem in Pennsylvania, Resulting in Car Accident Injuries and Deaths 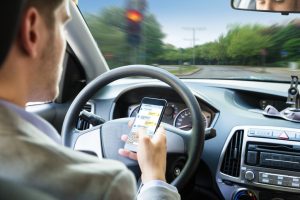 Pennsylvania law enforcement is struggling in the fight against texting-related auto accidents.

In 2014, there were 922 car accidents involving cell phones in Pennsylvania. Tragically, 10 people died as a result of those texting-while-driving accidents, according to statistics released by the Pennsylvania Department of Transportation (PennDOT). Nationwide, the problem is just as bad: there were 1.2 million car accidents involving drivers using their cell phones in 2013, according to the National Safety Council.

Although Pennsylvania has one of the strongest anti-texting laws in the entire country, it can still be difficult to enforce the law because PA police officers and prosecutors are not always able to prove that the texting was occurring at the time of an accident.

Heath Long, an assistant district attorney for Cambria County, PA, recently lamented his office’s inability to prove beyond a reasonable doubt that a teenage driver was texting when he caused a fatal accident. Although Cambria County prosecutors were able to establish that the defendant had texted at some point while driving his pickup truck, they could not establish that he was texting at the precise moment when his vehicle veered across the center line of the roadway and crashed into the victims’ truck. Ultimately, the defendant in the case accepted a plea deal on lesser charges of involuntary manslaughter. The family members of the two victims, a grandfather and his teen granddaughter, found the outcome acceptable but still had to learn the hard way that it is extremely difficult to prove a distracted driving criminal case in Pennsylvania.

The difficulty that criminal prosecutors have in establishing that a driver was texting at the time of a car accident also extends to victims’ attorneys in personal injury cases. It often takes extremely long periods of time – sometimes years – to produce cell phone records. Beyond that, it can be difficult to get data showing that a driver was using their GPS or taking a selfie when a motor vehicle accident occurred.

When a person uses their cellphone while driving, it creates a major distraction that negatively impacts the driver’s visual, manual, and cognitive abilities. Hands-free cell phone use can cause the same kind of distraction. According to a study conducted by the AAA Foundation for Traffic Safety, drivers who use this kind of hands-free technology end up impairing their driving abilities for approximately 27 seconds after completing their tasks. This can have catastrophic results for people in other vehicles on the roadway. In 2014, there were 59 car accidents caused by the use of hands-free devices in Pennsylvania, resulting in 46 people sustaining personal injuries and one person dying.

The most important thing to keep in mind when you are injured in a car accident caused by someone else’s negligence is that you should not have to foot the bill for your injuries and subsequent medical treatment. The experienced personal injury lawyers at the Northeast Philadelphia law firm of Kamensky, Cohen & Riechelson have decades of experience helping car accident victims get the compensation they deserve.