Has the COVID-19 Crisis Decreased Car Accidents and Injuries in PA?

As Americans have been driving less and covering fewer miles, the emptier roads have become more lethal. Bucks and Philadelphia County Attorneys Review the facts. 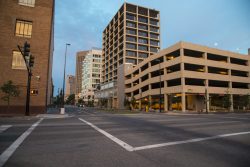 According to an article from the National Safety Council studies indicate a year-over-year 14% jump in fatality rates per miles driven in March, in spite of an 8% drop in the total number of roadway deaths compared to March 2019. What that demonstrates is that there are fewer accidents, but the accidents themselves are more deadly.

Estimates based on data from the month of April show that in all 50 states for the second straight month, Americans did not reap any safety benefit from having less roadway traffic. In fact, the roads became even more lethal as miles driven plummeted. Preliminary estimates from the National Safety Council show a year-over-year 36.6% jump in fatality rates per miles driven in April, in spite of an 18% drop in the total number of roadway deaths compared to April 2019. The actual number of miles driven dropped 40% compared to the same time period last year. The mileage death rate per 100 million vehicle miles driven was 1.47 in April compared to 1.08 in 2019.

As was the case in March, quarantines and shelter in place directives across the country account for a significant portion of the drop in the number of deaths. However, reports of increased speeding may account for the rising death rates.

The news could be better, but it certainly could be worse. Starting in mid-March, Pennsylvanians began to scale back their travel. Some businesses closed while others had employees work from home. Schools switched to virtual lessons and Gov. Tom Wolf issued stay-at-home orders for nonessential business in the Keystone State.

In March, April, and May ― the most recent months of preliminary crash data available ― motorists traveled about 8.4 billion miles less in Pennsylvania than they had in the same months in 2019. And while the number of people killed in crashes dropped this year over those months, the overall fatality rate climbed from an average of 10.92 people killed per billion miles traveled to 13.38 killed per billion miles, according to preliminary data PennDOT (Pennsylvania Dept. of Transportation) released to the Federal Highway Administration.

PennDOT officials say they have taken no action over the data, saying it still needs to be reviewed for accuracy and represents a small sample size. For the most part, fewer people have died in crashes since the pandemic started thanks to a significant drop in crash deaths during April, however, that information can be misleading because although accidents are down, the severity of those accidents has increased to an extent.

Speeding is on the rise. 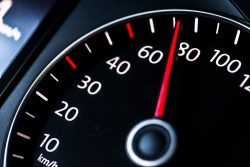 That has not stopped other experts from raising alarm bells over the trend, which has shown up in other states and countries, though at different levels. The Governors Highway Safety Administration held a teleconference on the subject recently and panelists pinned much of the blame on speeding.

Pennsylvania State Troopers report that the number of speeding infractions has increased substantially in the past three months, citing some drivers for going up to 100mph on the highways. In April, state police issued 103 tickets for going 100 mph or faster, a 39.7% decrease from April 2019. In May, state police issued 222 tickets to drivers going 100 mph or faster. That was a 15.6% jump from the number of tickets issued An accident at that speed is an almost guaranteed fatality.

For more than 20 years, speeding has been a factor in about 30% of the country’s fatal crashes, according to the National Highway Traffic Safety Administration. In 2017 and ’18, speed played a role in 26% of fatal crashes in America.

High speeds limit drivers’ reaction times and increase the distance it takes for a vehicle to stop and reduce the effectiveness of safety devices, according to the National Safety Council.

To help ensure safer roads, particularly now that many states have reopened and traffic is increasing again, Pennsylvania State Troopers urge motorists to:

At Kamensky Cohen & Riechelson, our attorneys are focused on providing constructive and effective legal solutions for clients across Northeast Philadelphia including Bensalem, Levittown, Penndel, Feasterville, Millbrook, and all of Bucks County.

Our unique approach to personal injury law and we understand just how important getting the settlement you deserve is to you. By listening carefully to all of your needs and concerns, and keeping you highly informed and involved throughout the legal process, we believe we can work together to achieve the results you need in your unique legal situation.

To schedule a confidential case assessment with our firm today, call our Bensalem offices at (215) 337-4915 today to speak with a member of our legal team in a free and confidential consultation.