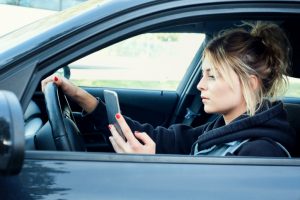 As millions of people across the country play the smartphone game Pokemon Go, which was recently released and has become a national obsession, law enforcement agencies are being dispatched to auto accident scenes with regularity. The problem is that more and more motorists are making the poor decision to play the new Pokemon Go game as they attempt to drive their cars on the road. Moreover, in some instances, it is distracted pedestrians who are being injured in motor vehicle accidents.

According to authorities, a 15-year-old Pennsylvania girl was seriously injured while walking across the street in Tarentum, PA. The girl managed to make it across the busy intersection while attempting to “capture” Pokemon characters on her phone, but she was not so lucky on the way back: a car slammed into her after playing the Pokemon Go game.

After the auto accident, the victim was rushed to the Children’s Hospital of Pittsburgh of UPMC so that doctors could treat her for a collarbone injury and a foot injury. The victim also suffered numerous cuts and bruises due to the motor vehicle accident. Thankfully, the teenage girl is expected to recover from her injuries. That hasn’t stopped the girl’s mother, or other observers, from recognizing the dangers of pedestrians and drivers who may be distracted while they play Pokemon Go on their iPhones. The injured pedestrian’s mother spoke with the media shortly after the scary incident and expressed her anger over allowing her daughter to play the Pokemon Go game in the first place. “This thing had her walking across a highway to find a Pokemon,” observed the victim’s mother.

Importantly, a spokesperson for the Pittsburgh hospital where the victim received medical treatment said that this was not the first time doctors at the medical facility had treated a patient who was injured because of Pokemon Go.

Another serious car accident involving Pokemon Go recently occurred in Upstate New York as a 28-year-old driver was playing the smartphone game and staring at their phone instead of looking at the roadway. The distracted driver lost control of the motor vehicle and ended up leaving the road. The car ultimately came to a stop after crashing into a tree located just off the roadway. Thankfully, the motorist did not sustain any significant physical injuries as a result of the car accident, but it was still an emotionally traumatizing incident. Additionally, the motor vehicle crash caused serious damage to the front of the car, including a cracked windshield.

The local police chief in Auburn NY issued a statement after the driver was taken to a local hospital to be treated for his accident-related injuries, which included lacerations on his legs. In the statement, the law enforcement official said that this was yet another example of “how easily accidents can occur when someone is engaged in the game and not paying attention.” The reality is that distracted drivers pose significant safety risks to other motorists, including passengers and other drivers. And the new Pokemon Go game has highlighted the dangers of distracted driving because so many people are diverting their attention and failing to focus on the road while driving in Pennsylvania, New York, New Jersey, and elsewhere in the United States.

For more information, read the following article: Pokemon Go players getting into car accidents across U.S.